These are so versatile, and almost as fun to make as they are to eat in all their flaky goodness! I used SEVERAL variations of this recipe, and really the sky is the limit with these little babies! Fill em with whatever your hearts so desires!

I made one basic recipe using tofu, spinach, onions, garlic, mushrooms, and peppers sauteed on the stove before stuffing.

I did one with peppers onions and cabbage with a lemon tahini sauce.

I stuffed some with my dal recipe (recipe to come…) and veggies.

And then finally the sweet ones! I did one with apples cinnamon and chocolate, and one with banana, coconut, cinnamon, and chocolate! The chocolate “sauce” I made by combining cocoa powder with coconut milk, boom, no sugar added!

Actually in all of these fillings, there was zero sugar added, and only a little coconut oil in the pan for sauteing onions and garlic. That’s it. And while most recipes I have read using phyllo involve oil/butter/spray between ever layer, i found a tiny sprits of olive oil spray between every other layer did the trick! So there’s some healthy tips for your own creative endeavor!

Another tip is to cover the dough not in use at the moment with a very light weight damp towel. They are so thin that they dry out very easily, and weight will make them stick together. You’ll see and learn how to handle them delicately 🙂

I used Trader Joe’s phyllo from the frozen section. I used 4 sheets of dough, cut into 4 quadrants to make mine, (so nutrition-wise, each “pocket” is one sheet of phyllo and one tiny sprits of olive oil spray). Stuff em, press the corners together, and bake! I did 375 for about 20 min until tops golden brown, but this will depend both on your oven, and how full you fill the little guys. Enjoy!!!

PS: my personal favorites were the cabbage/onion/pepper ones, and the banana, chocolate, coconut. Try these and invent your own to share with me 🙂 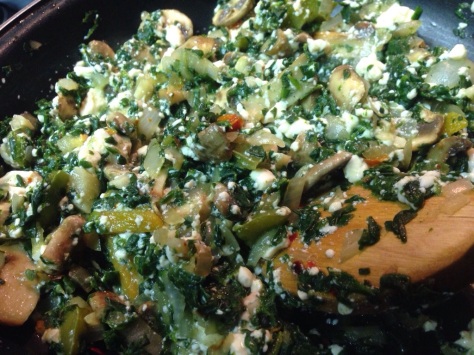 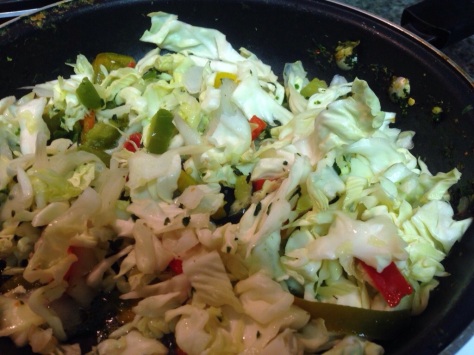 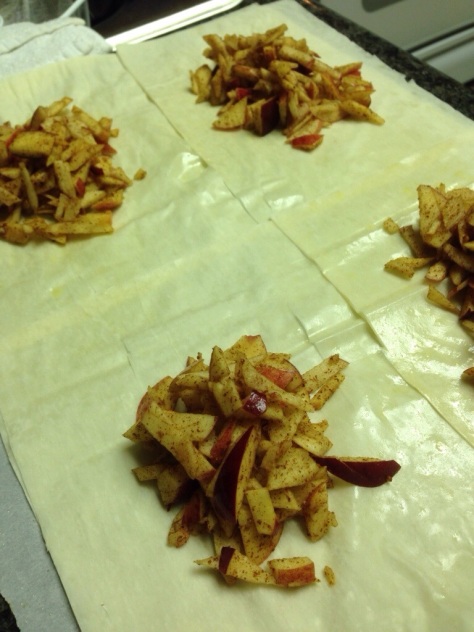 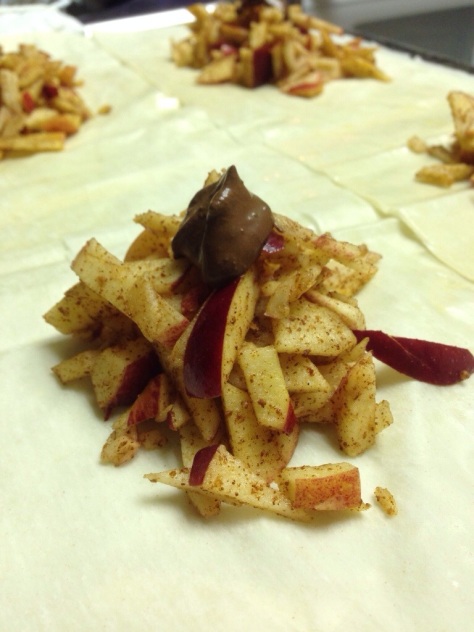 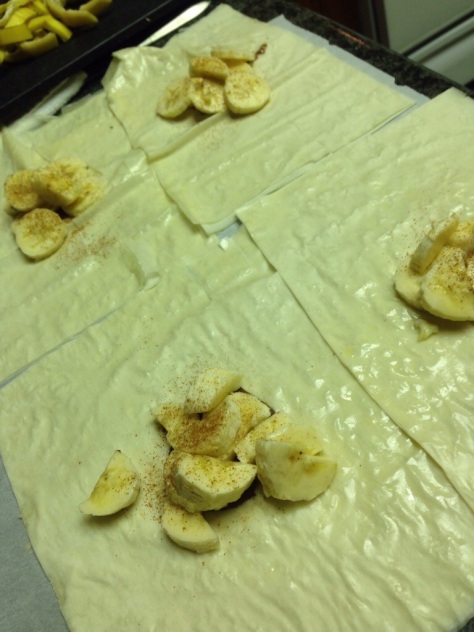 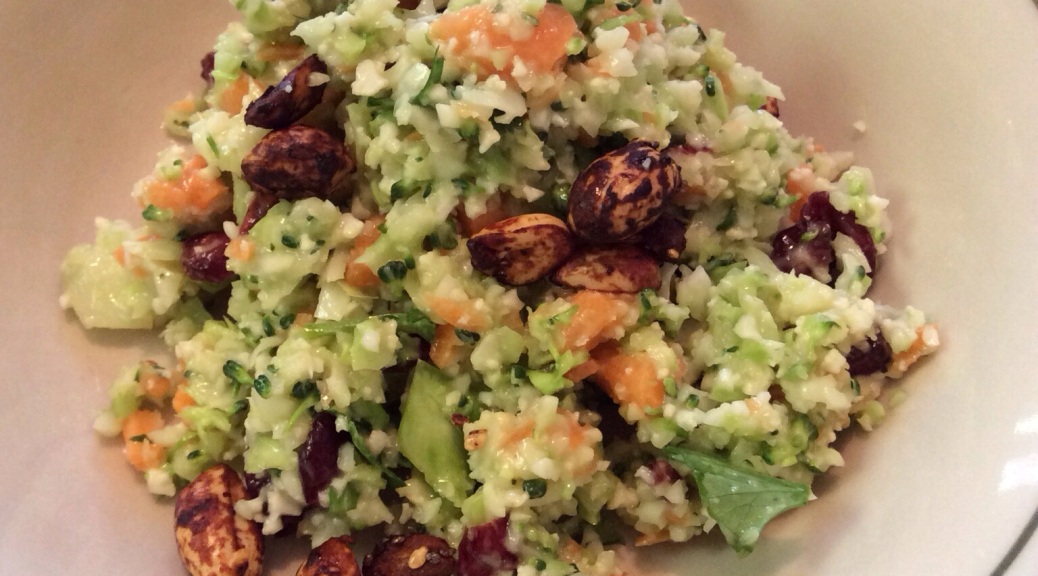 We are starting backwards: Making the spicy savory granola topping for your salad first!

Throw these into a bowl, mix the items below in a cup then pour and mix into dry ingredients:

While these are baking and cooling, begin the salad itself!

Process each of the veggies above in food processor on pulse to create a fine rice-like texture. I left my carrot pieces a little larger than the broc/cauli.

Viola! Sprinkle with some of the savory granola topping and enjoy!!